History of the SEC enforcement against crypto

Recently, the information field has been filled with news of SEC threats to DeFi and crypto projects more than usual. Is there a cause for concern?
23 SEPTEMBER, 2021
Legal
The US is a large and important market with huge purchasing capacity so it’s natural that most ICO and STO issuers target there. At the same time, though, the US market is a minefield crammed with complicated regulatory requirements which makes one tread lightly: taking a wrong step may result in significant fines or sometimes even worse consequences.

In this article, we are going to talk about the main watchdog of American financial markets: the Securities and Exchange Commission (SEC), the way it functions, and our nearest expectations concerning its further actions.

Disclaimer. The following article is not intended to be financial, investment, or legal advice. We do not cover the whole range of legal aspects related to the topic, since, apart from the securities regulation, legislations like the bank secrecy act and a range of others weigh a lot in the context of any potential decision. We encourage you not to make any important resolutions based on this article.

What is the SEC and how does it operate?

The Securities and Exchange Commission is an American state organization whose goal is to maintain the efficiency and trustworthiness of the financial markets. It aims to protect investors so that they are provided with all the necessary information and aren’t preyed on. The SEC ensures that businesses treat investors responsibly and that financial markets operate fairly; it aims to provide equal information access and promote a respectful relationship between all the parties involved.

On a more specific level, the SEC is involved in monitoring the market. The Commission oversees insider trading, unregistered securities offerings, and so on. They are also involved in law enforcement: the Commission can investigate processes in question and sue those in charge of any malicious operations. The SEC can take action based on investors’ complaints or news headings.

The Securities and Exchange Commission also participates in securities and enforcement legislation development.

Why does the SEC go over ICOs?

There are two main reasons the Commission is often after ICOs.

Secondly, the given industry is attractive for investors. Every day, more and more people engage in Defi or crypto projects, thus SEC faces an important mission to ensure their protection.

The first wave of enforcement began in 2017. It was the dawn of the ICO: back then, launching a business’s own Initial Coin Offering was something every man and his dog jumped on. It was incredibly easy at the time, which made people invest in the Offerings in a bald rush. Naturally, it aroused the SEC's interest, which led to the first enforcement action. Some of the ICO operated similarly to Security Offerings in a way of promising an income on their tokens. Still, they didn’t reveal all the information to the investors and didn’t follow the letter of the law. There also were known cases of directly stealing the investors' money.

The first against whom the SEC started investigating were the STO issuers and promoting companies. Here’s the list of top notable cases in the history of SEC enforcement.
In 2020, the SEC filed a suit against Ripple and its current and former CEOs, claiming that selling XRP (a network on which transactions sped across the globe in the form of a cryptocurrency) constituted the offering of unregistered security — essentially an illegal IPO.

In 2019, the Commission fined Block.one, the EOS blockchain developer, $24 million for an unregistered ICO. According to the financial regulator, the firm violated federal securities laws and did not apply for an exemption from registration requirements.

Telegram Open Network (TON) was a blockchain-based decentralized computer network initiated by Pavel Durov, a founder of Telegram messenger. Together with his brother, he attracted investments of several billion dollars for this project and planned to transfer their popular Telegram messenger completely to TON.

On May 12, 2019, Pavel Durov, head of the Telegram Open Network blockchain platform, announced the termination of TON development in his blog. Pavel indicated the decision of the Commission as the main reason for the project’s closure.

The SEC sued John McAfee, the developer of the namesake anti-virus software, claiming he received over $23.1 million in unreported remuneration for endorsing seven cryptocurrency offers on Twitter that were materially false and deceptive.

As an outcome, Ripple and EOS managed to negotiate a settlement with the SEC, even though the Ripple investigation is still in progress. Telegram was forced to return the investors’ money and leave the US financial market, as well as drop the Telegram Open Network project. Finally, John McAfee was sentenced for promoting the malicious ICO.
A Comprehensive Expert Guide to STO Regulations and Best STO Jurisdictions
Learn how to choose the best jurisdiction for your company’s STO and find out the most important points you need to know about legal regulation and costs. 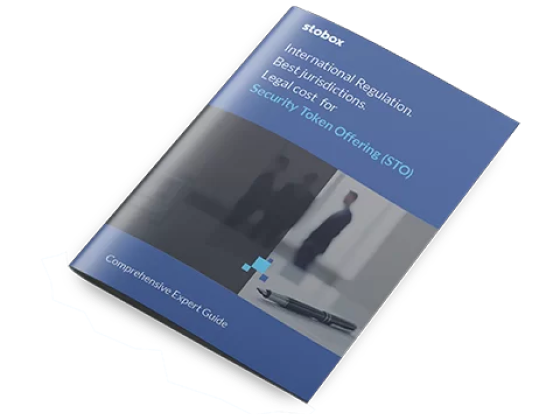 Should we expect any further SEC enforcement?

There are two principal trends worth noticing.

First of all, enforcement is lagging behind the market, which can be seen from the number of cases. The problem here is within the fact that investigation is started in a year or two after a certain trend or project is launched.
For example, there was one case in 2013 and 2014, 0 cases in 2015 and 2016, seven cases in 2017 followed by nine more the following year of 2018. After that, there was again only one case in 2019. The SEC continued its enforcement only in 2021.

Secondly, it seems that Defi is under threat: the public is already aware of investigations against Uniswap, BlockFi, Coinbase, and the repeated statements that crypto has to be more regulated, and Defi platforms are not that decentralized.

What does it mean for crypto businesses and issuers?

The Securities and Exchange Commission is very decisive in its actions. If you wish to be accredited in the jurisdictions of the US, be extra careful and get a piece of sound advice.
23 SEPTEMBER, 2021
Legal
Subscribe for Newsletter
Be the first to read useful articles for your business growth
More from Stobox
Join Stobox Community
Follow us on social networks, learn, share insights and become an active part of the Stobox Community.